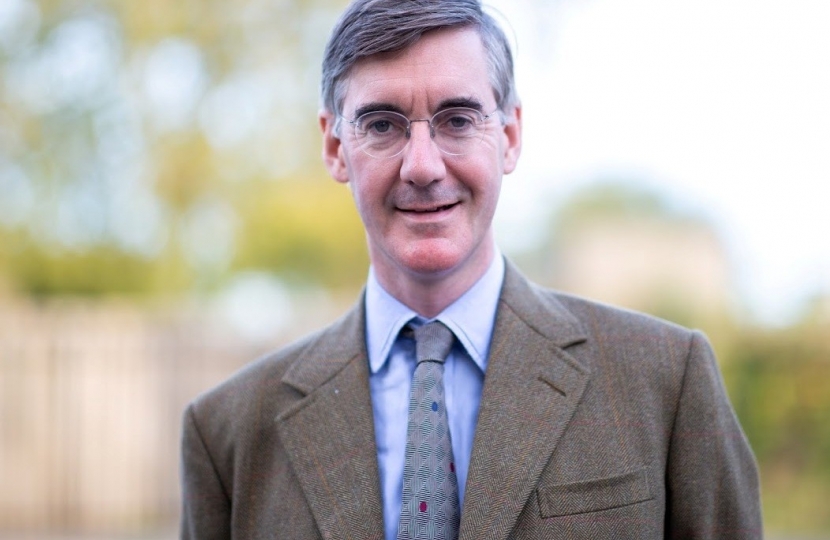 Join us for an evening with the Rt. Hon Jacob Rees-Mogg MP, Leader of the House of Commons

An online audience with the ever-popular Rt. Hon Jacob Rees-Mogg MP, Leader of the House of Commons.

Members will enjoy a talk from Jacob, in what promises to be a great evening.

When we confirm the Zoom link by email shortly before the event, you will be given the chance to send through a question. Our chairman will ask as many as he can during the conversation. Further live questions will only be taken if time allows.

You can purchase your ticket here

Jacob was born in May 1969 and was brought up in Somerset at Ston Easton and Hinton Blewett. He was elected as the Member of Parliament for North East Somerset in 2010 and again in 2015 and 2017. He was re-elected in December 2019 with 50.4% of the vote and a majority of 14,729. Being elected fulfilled his ambition to represent the Somerset parliamentary seat in which his family has lived for generations.

​In July 2019, Jacob was appointed Leader of the House of Commons and Lord President of the Council. The Leader of the House is responsible for arranging Government business in the House of Commons. The Lord President is responsible for presiding over meetings of the Privy Council, presenting business for the monarch's approval. Jacob has previously been a Member of the Exiting the European Union Committee, the Treasury Select Committee, the Procedure Committee and the European Scrutiny Committee.

​Jacob was educated at Eton before reading History at Trinity College Oxford, he then moved into finance being based in Hong Kong and later moving back to London. He set up his own company in 2007 with a group of Partners; it is called Somerset Capital Management and specialises in investment management in global emerging markets for institutional clients.

​Jacob lives in West Harptree with his wife Helena and their six young children: Peter, Mary, Thomas, Anselm, Alfred and Sixtus. He is a cricket enthusiast and has supported Somerset County Cricket Club since he was a child.