Congratulations to Angela! New Bere Ferrers Councillor by one vote 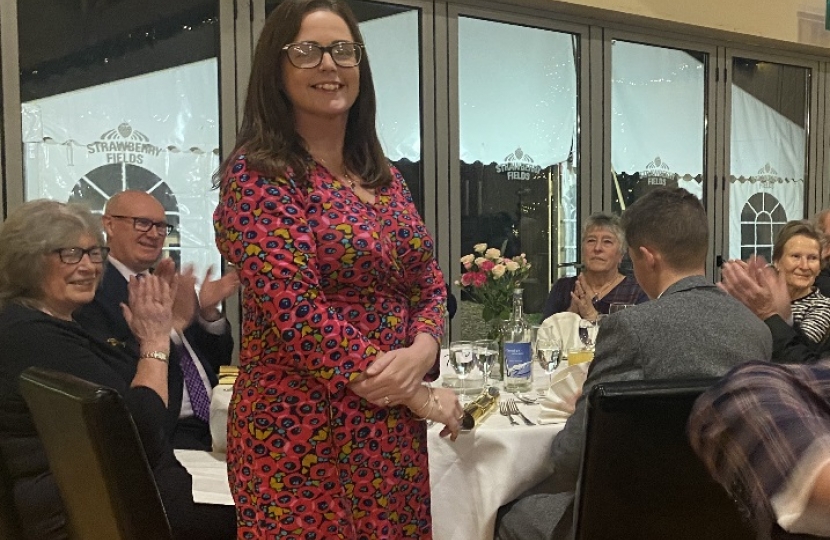 We recently won the Bere Ferrers by-election by one vote - one! -

Congratulations to Angela Blackman, by the way, who is now our district councillor, beating the Labour candidate by one vote, gaining 362 to 361 votes. What is more, her win helped gain back control of West Devon council at last. Expect big things in the local area. Find out more about Angela here.

Having lived in the Bere Alston area for many years, Angela has a hubby in business locally, and a 15-year-old son at school nearby. She is very aware of several local issues which she is looking forward to tackling, having been a bit of a problem solver in her previous jobs. You can follow her on Facebook here.

The local teams headed up by Peter Crozier worked very hard, and proved the old adage that every single vote counts! We are all very proud of her achievements against some stiff competition and impressive solo candidates.

But we as other elections on the way, and we are always looking for new volunteers. If you ever want to help us out with delivering, please let us know, even if its only for two hours one afternoon during election times, we would be grateful. Just get in touch with Andrew Saywell, our deputy chair political, in charge of campaigning. (And good luck to Carrie Woodhouse in the Northam district by-election this Thursday.)

We are delighted to announce that the brilliant Carrie Woodhouse has been elected as a district councilllor for Northam on Torridge District Council. A gain from an Independant.

At the same time she's also been elected on to Town Council too!