Gaining our own momentum

The left-wing Twitter bubble may have got it very wrong at the last election but we still face an uphill struggle against them online as Conservatives fight to cut through on social media. There’s no point responding directly to try to put right their ceaseless mantra of uncaring Conservatives or reacting to name-calling. Instead we must be cleverer.

In our history I don’t think we’ve ever faced such vitriol due to relentless Tory-bashing. Many of us don’t even confess our political leanings amongst our peers. Especially if you work in certain industries where it’s totally out of favour to praise Boris. So it’s time for a fresh approach. By and large, doorstep campaigning is out. So in Devon we are starting to play social media on our own terms.

In Torridge and West Devon, Geoffrey Cox’s constituency, we have been identifying heart-warming human interest stories to report on in our Association posts, but ramming home the human angle, in the style of an anecdote told by a neighbour or a friend. With more likes, more shares, more ‘traction,’ our councillors’ name recognition should be greater in the May 2021 county council elections as a result.

We also exploit the many behind-the-scenes tools Facebook offers, and we can then maximise these new contacts. For instance, using the one-click ‘invite’ button to anyone who likes a post to invite them to like the page; following up a comment with a reply if needed, and being sure to ‘like’ all positive comments; crucially using other tools which deter too much trolling. And training our candidates and current councillors to use all these tools, and to pepper their pages with more touchy-feely pictures and stories, getting their personality across and avoiding a timeline jammed full of dry statistics and graphics.

Linda Hellyer leads the way. County councillor for Bideford East, she spearheads our “close the digital divide - donate a laptop” scheme, And she has already been pictured on posts with three grateful recipients - deserving local students who couldn’t otherwise learn online and don’t mind being featured. (Yet more students have received theirs away from cameras - it’s not just done for the PR.) We’re collecting laptops aged up to five-years-old to be refurbished voluntarily by Holsworthy Computers - replacement small parts being covered by our fundraising - and delivered by our councillors when they identify deserving locals. Linda said several people came up to her in the street, saying they didn’t even realise she was a councillor. The word-of-mouth follow-on about these real-life case stories is priceless, and more far-reaching and valuable within a community than any online criticism. 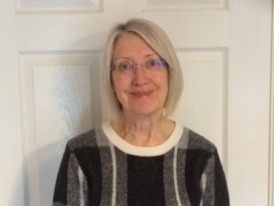 In fact, it got further coverage when Radio Devon and local papers got in touch, taking her exposure even further.  They were then perfectly placed to cover Linda’s next initiative - a compassionate treatment of the challenge faced by the blind during COVID. How? She put on a blindfold and had three of the locals guide her around the town so she experienced exactly what they face on a daily basis. She pounded their uneven pavements, and encountered their unexpected obstacles - sometimes literally – made worse by Covid restrictions - guide dogs don’t do social distancing. The payoff-ending to this social media tale is that she took massive action got ‘tactile pavement slabs’ installed e.g. next to the dock, with more tweaks planned.   Original, human, #ConservativesCaringintheCommunity.

Holsworthy district councillor David Jones‘s, run of the mill tale of a Tory installing a bin, was told from the angle of the local resident in her 80s who explained in enthusiastic detail how it impacted her life and daily journeys. She immediately joined the Conservative party, she was so impressed with David and his hard work.

Chris Edmonds, County councillor for Tamarside in W Devon, helped provide a post on our Facebook page about the local businesses he’s helped, with form filling for COVID grants, but from the human angle and with more examples and fewer generalisations. We boosted the post but targeted his local area only, with the hope that it caught voters’ eyes more than any colourful graphic about policy could do for him.

The ‘over the backyard fence’ approach we use in my day job, in television sales, translates well for getting cut-through amongst Facebookers who are only too used to 3 second attention grabbers. And we are aiming to use much more video, because the algorithms of Facebook automatically give them more exposure.

In the December 2019 election campaign I helped provide a constant video presence for our MP - the first election where social media has been as important as leaflets. Geoffrey became adept at being filmed - short pieces to camera with action, interesting local backgrounds and always making a pithy point.  Some posts did well and got boosted - ads and the ‘boost post’ button can help us reach new constituents. They’d never sit down and read a detailed A5 leaflet but respond well as they scroll through their daily updates on Facebook, to the human side of their MP, and sometimes his dog.

We will be able to provide a bit of training for this as well. Debo Sellis, County councillor for Tavistock, a self-confessed technophobe, is game, having embraced the need to do this with gusto. “It’s just got to be done,” she says, “even though I would have run a mile from all this a couple of years ago.” Her posts are gaining good reactions and her consistent updates of this kind is key.

Specific help from an outside paid expert can also be fundamental – Alfie Carlisle was used by our chairman John Gray when he stood in Exeter during the election. Alfie also guides us through the maze of how to place ads and surveys on Facebook - and we’re all learning something new every day. Like the fact that Facebook ads must now display who paid for them, so careful identity clearance is essential. Confusing, but Alfie has a map.

We post regularly, not just sharing the important stuff from CCHQ, but many local stories like these and even a ‘Friday funny.’

It’s not natural territory for many Tories - this social media lions’ den. So last month we hosted a zoom ‘how-to’  on Conquering Facebook and Winning Elections. Organiser Julian Ellacott leads us volunteers as Chair of the South West region and is planning a second session in the New Year. We recorded the training for those who missed it, and can provide a PDF of the bullet points. By spring, most of our councillors will hopefully have their own pages and be following the above recommendations...

Creating solid back-up is the flip side, for when the anti-Tory gang pile in, with newly formed support groups on Whats App, or ‘closed’ (private) groups on Facebook, will not only share links to each other’s pages and increase a councillor’s following. They will also help alert each other to swiftly post positive comments to provide balance, should somebody get trolled. Julian’s so-called ‘Jedi’ groups will come into their own by Spring.

Shaun Bailey’s team in London have a ‘Shaun’s sharers’ What’s App group too, and more. We’ll have some ‘momentum’ of our own.

Hopefully our leaflets will follow suit and be more chatty too - Julian is keen on more white space and more pictures - for the 3 second brigade.

Other recommendations for priming connections on social media include this from a very forward-thinking Sarah Codling, a councillor in Weston, who presented the zoom session with me. She took the initiative early on and set up a local community group for Weston that now has 2000 members. Getting involved in a non-political way on your local groups helps people know who you are.

We get more likes with this approach - our equivalent of puppies and kittens - showing with undeniable examples, our compassionate conservatism.

We know we have it but in a year where there seems to have been a never ending blitz against the very ethos of being a Conservative,  and the lack of communication at the top has been in the spotlight, it’s up to us to spread the word. And don’t get me started on Instagram – our future is doomed if we can’t get through to the youngsters, and that may be the next port of call. No idea about TikTok – maybe I’ll ask Jacob Rees-Mogg about that. 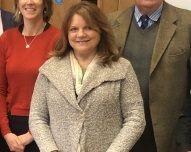 Debbie Flint is CWO Chair and Deputy Chair, Fundraising & Membership for Torridge and West Devon. Contact her on fundraising@torridgeandwestdevonconservatives.org or fundraising@debbieflint.com and check out the many CCHQ PDFs on the various social media topics

Our contributors give their thoughts on burning topics of the day.