Opinion - Tories are from Venus, Labour are from Mars | Torridge & West Devon Skip to main content

Opinion - Tories are from Venus, Labour are from Mars 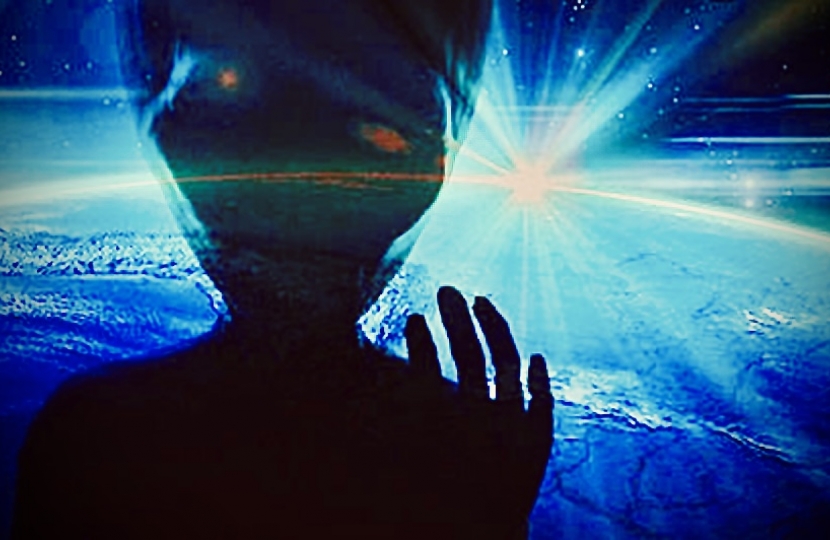 Tories are from Venus, Labour are from Mars

It's December 2019 and two extra terrestrials are sat in their spaceship looking down at earth. They decide that they want to know what life is like in the island we call Britain, and conclude that Facebook is the best means to capture the zeitgeist - after all, apparently 66% of people in Britain use it now. It happens to be that there is something called an election going on. After looking on Facebook for a short period of time they come to the conclusion that not only are the blue team fundamentally awful, but that the red team are so beloved that there is no possibility that they cannot win.

The Red Team are led by a rather scruffy little man but who – according to the posts - is universally popular and promises to transform the lives of the people of this country beyond all recognition. The Blue Team – according to the posts the aliens read - advocate drowning puppies and sending children up chimneys. There was mention of a yellow team but nobody could really fathom what they stood for.

They particularly notice these posts are from young people in Britain who seem to believe that the leader of the Red Team is a deity. At this point - with it being a foregone conclusion - the aliens decide they have seen enough and that they too despise the blue team. But with such venom infecting society, they leave to seek a more harmonious planet to conquer.

However, we all know in December 2019 that things turned out rather differently. Mr Corbyn and his Marxist diatribe were not only swept aside by the promise of coherent leadership and a breaking of the Brexit deadlock, but his very ideology detonated a bomb underneath the 'Red Wall' which soon came crumbling down. With Mr Johnson returned to parliament with an massive majority the deadlock was soon broken and the country was once again able to move forwards.

Despite this, what the aliens read online was, to a large extent, very real. You would be hard pressed to have seen on social media, any indication of the tidal wave of support for the Conservative Party. Frankly, Mr Corbyn's promise of “free just-about-everything” was immensely attractive to many. This is particularly true for the youth vote, who were lured by the promise of free university tuition and free WiFi.

When considering the social media landscape, part of this comes down to a difference in approach.

Typically, Labour voters shout a lot louder, which leads to this distortion online – a distortion which is not reflected at the ballot box. The constant tweeting, retweeting, commenting and sharing within this limited echo chamber gives the impression of widespread shared beliefs. Yet, as we know, on election day these numbers are far less impressive.

Conservatives on the other hand - arguably by their nature - are much quieter but they make themselves heard where it matters, namely the ballot box.

So what of the future? Even though the Conservatives will win elections, and hopefully continue to do so, this situation is far from satisfactory. This culture war which the Left have begun is not exclusive to Britain: the USA are afflicted with it also. As such, Conservatives are being put in a position which they haven't really been in before, whereby they are preferring not to respond to the claims of the Left. This is something which will take us time to adapt to, there are fewer conservative/Conservative commentators out there, prepared to put themselves in the firing line, and to rebut the claims of the Left. For some, it’s just not worth the trolling and vitriol they are bombarded with when they put their heads above the parapet.

Ben Shapiro in the US is a prime example of someone who has put himself front and centre, kicked against the cancel culture, and done his bit to say what many of us would be thinking. However, if leading right-leaning figures do not step forward to make their case, a vacuum is created which the Left will more than happily fill. Untrue claims presented as fact, shared, and not challenged. It is this vacuum which sucks in the youth in the absence of any credible alternative, especially the younger adults who trust what they read online is true. Or – more importantly – if they read it enough times, it must be true.

This whole situation is exacerbated by a media which is metro-centric and populated with left-leaning journalists who pander to such sentiments, perpetuating the often unfounded criticisms which are levelled against the Government. Yet the woke agenda and the narrative that it encourages, must be vigorously rebutted. The Government have taken a stance against this - but there is more that they - and we, as conservatives - must do. It is now the time for us as individuals to put our heads above the parapet and challenge these narratives.  What is beyond doubt is that if we do not put our side of the story across, then we may well lose many of those things which we hold most dear.

Even if Conservatives do make the case for the successes of the government, such accomplishments are not likely to feature heavily when much of the current mainstream media propagate “their truth”: a misinformed perception of what the general public want to hear - or rather, what the MSM want people to hear.

It may not report on that alien visit from December 2019, but perhaps with Andrew Neil’s new GB News channel, advertised as the first truly balanced news service for 40 years, the tide may begin to turn, but for now we will have to wait and see – and support our fellow Conservatives with likes, shares and comment..