"Let me introduce myself, my name is Tony Inch, and have been a Torridge and Bideford Councillor for the past 12 years. During that time I was very fortunate to become the Mayor of Bideford in 2006/7, last year I became the Chairman of Torridge District Council, in the past 12 months I have been the lead member for Health and Wellbeing, and have been representing Torridge on the Devon and Cornwall Police Panel.

I am married with three grown up children, two work in Bideford and the other boy works in Leeds for the city council. I have lived  and worked in Bideford most of my life, and live with my wife Michelle in Devonshire Park, which we love. The community sprit in south ward is what I like and over the last 12 years have worked hard with lots of people, like the new play area at the bottom of Devonshire Park, helping  to get the woods for Bideford, securing one of  the largest grants ever given to the Rugby Club. I have also given  my support to the boxing and football clubs, the Bideford Town and Bideford youth pipes bands and the sea, air, and army cadets, and many more. Many of you will see that I look after the youth of the town, but also the elderly by trying to get Devon County to repair the bus shelters on the Quay and helping to get the bus service back to Devonshire Park, this is the sort of Councillor I am, I like to work out in the community.

So what else needs to be done in Bideford South? I know a lot of people have concern over the amount of new houses in the area, and I will try to keep this as low as I can, and make sure we get more room for schools and doctors. We also need a new community centre and I have been working very hard supporting the Wings project opposite Londonderry Farm, making sure it gets through the planning stage.

Parking in Bideford is another thing I know you would like me to do something about and I would like to see some form of free parking. This will be difficult, but I believe we need to find a way to do this.

If you would like to talk to me about anything please feel free to call me or email me." 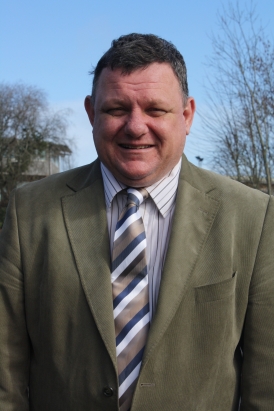