Upon leaving school, for five years I was a member of police forces in Birmingham and North West Europe, including Berlin.

Upon my return to England I qualified as a teacher at Newcastle and initially taught at a High School in the Tyne Valley.  I gained qualifications from Newcastle, The Open and Southampton University along with many coaching certificates.  Following this I moved to a Water Sports and Environmental Centre at Calshot Spit, (old flying boat base) in the centre of the Solent.  Eventually I became its Director with responsibilities for the other Hampshire Outdoor Centres.   Upon retirement in 2001 we moved to Bere Ferrers in the Tamar Valley.

I am a Parish and District Councillor, have been involved with the local sailing club and was a founder member of the water sports Hub Club and the Development Committee of the Bere Alston Parish Hall.

Having a fairly large orchard I have become heavily involved with apples and formed the Tavy & Tamar Apple Group who are responsible for the annual Bere Apple Fest, in addition to their other activities.

My personal interests are sailing and skiing, both somewhat curtailed these days! 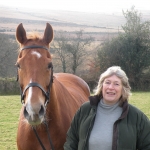 Diana was first elected to West Devon Borough Council in 1999. Prior to that, she was the Clerk to Burrator Parish Council. As a West Devon councillor, Diana’s main interest has been in planning, where she chaired the Future Planning and Housing Committee – then one of the council’s two main strategic policy committees. 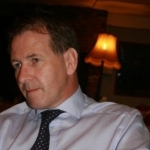 "I am standing for election for the first time, having lived and worked in the Tavistock area since 2002. If elected, I will use my experiences as a qualified Chartered Secretary, Finance Manager and local business owner to represent the interests of the residents of Tavistock North.