Diana was first elected to West Devon Borough Council in 1999. Prior to that, she was the Clerk to Burrator Parish Council. As a West Devon councillor, Diana’s main interest has been in planning, where she chaired the Future Planning and Housing Committee – then one of the council’s two main strategic policy committees. Her external public appointments have included many years as a member of Dartmoor National Park Authority, and as representative on the Rural Commission of the Local Government Association, where she was elected to represent the South West on their Policy Review Group. Diana is currently Vice-Chair of the council’s Overview and Scrutiny Committee and is a member of the Community Services Committee. Diana believes passionately in rural communities, and will strive to protect our countryside and rural heritage.

Within her ward, she sits on the Burrator Advisory Group and is actively campaigning for work to be carried out to solve the extremely serious problem of traffic chaos at Burrator Dam, which is causing harm to the area, especially the residents of Sheepstor and its farming community. Diana regularly attends parish council meetings as well as attending general functions in the ward, especially ‘Villages in Action’ evenings. Diana is particularly concerned about the future of youth in West Devon and worked with members of Tavistock College to discuss this issue.

Diana passionately believes that we must protect the West Devon that we all love, and the scenery that makes people want to both live and visit here. Development must be sensitive to the needs of this sparsely populated rural area. Diana is known both locally and nationally for speaking her mind. She does not shrink from taking a controversial or unfashionable line if she thinks it is right. She is happy to plunge in to fight for a cause she believes strongly in. 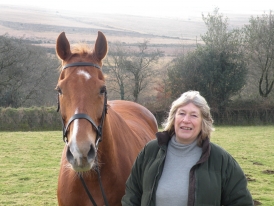